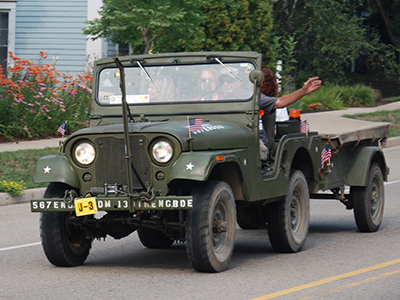 (H.B. 3179) to allow for the registration and titling of former military surplus vehicles. The new

member of the North Atlantic Treaty Organization at the time the vehicle was manufactured.

shoulder harnesses for each occupant.

Prior to the new law, former military vehicles were not able to be titled in the state. Additionally,

it recognizes important historical and patriotic purpose of military vehicles, which are becoming

valued collectors’ items among the automotive community. It will go into effect November 1 st .

Congratulations and thank you to those who supported this effort!